July is too darn hot!! 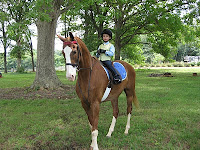 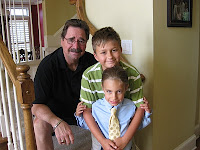 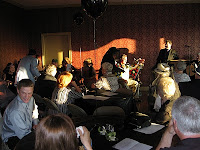 In case you haven't noticed, I've not been good about keeping things up to date on our blog. With a little work, a lot of play, facebook, and other stuff...I've just been so busy.
This month we've celebrated Eddie's 50th birthday in Jackson with a surprise funeral for his youth hosted by the drama queen, Dana! We had a blast seeing lots of old friends and my guidance counselor from high school who started my healthcare career...Miss Frances Crossen. When I was a senior at Jackson High School, my mom and dad wanted me to stay home, go to Union and marry a nice boy from Jackson...this was 1967 you know. I went in to Miss C's office and asked her where could I go without any money in case my parents wouldn't pay? While I had a tennis scholarship, it didn't cover everything and it was at a frou frou private school...couldn't even afford the clothes! So Miss C came up with Baptist School of Nursing, now Baptist College for the Health Sciences. That started me down the road to where I am today! So thanks Miss C and it was great to see you. On the way home from Jackson we took a 150 mile detour to Harrah's in Metropolis, IL for lunch...well and to gamble a bit!
Then off to NC to see the grands. We had an absolute ball this trip! Seeing Riley and Will was divine. We did split up the kids a bit with the boys going to the NASCAR museum and go kart racing and the girls going shopping and then spending extra time at the barn doing a photo shoot for Miss Riley and Jennifer! Then the grands took their old grandparents to see our first REAL 3-D movie, Despicable Me. It was fabulous. The fun really started when we got sort of lost on the way home! I-40 west from Asheville is finally open but down to one lane resulting in hours of delays...so we scooted off I-40 and took a short cut through Cherokee, NC. Oh, did I say we had lunch at Harrah's...and did a little gambling of course. Still lost but it took longer! On the way out of Cherokee, we bypassed Gatlinburg and then went to Pigeon Forge where the adventure begins. Following maps, no we don't have a GPS, we meandered around for a while until eventually getting home about 9:30PM after leaving NC at 8:30A Eastern time! Told you it took a while longer to lose in the casino!
Tonight it's off to Donna's for our July birthday dinner! Our dinner club celebrates 4 birthdays a year at least! Sometimes we even celebrate the boys. As I sit here watching the Food Network, I'm planning my appetizer to take tonight...Cajun Crab dip from Publix with wheat thins...by request! Why do I watch the Food Network?
So July has been fun...hot, but fun! From yesterday it sounds like I'll be working more in August.
Posted by Pat Stanfill Edens at 1:09 PM No comments: